Coyu “The Big Cat” is one of the most referenced and respected personalities on the techno scene. Ever since he founded his cat empire in 2008, Suara, he’s been known to be the inspiration for many because of what he’s achieved, directing a brand that shows no signs of slowing down. What started off as a record label (until this day it’s still one of the most important labels for house and techno, as you will be able to see reflected on charts like Beatport and Resident Advisor) is now a symbol for cat and dance music lovers. Coyu directs with great precision a brand that because of such a demand is also a brand of clothes (Suara Store, with a physical store in Barcelona) and a non-lucrative organization that loves and helps street cats (Suara Foundation).

Hi next big step forward in his unstoppable musical career is already marked. Coyu is releasing in 2018 his highly anticipated debut LP. First single –“1+1”– it was released in Summer 2017 and it was premiered / supported by big titles and radios like Mixmag, BBC Radio 1 or Eton Messy. The pack with the singles includes remixes by Gerd Janson, Comsin TRG and Truncate. 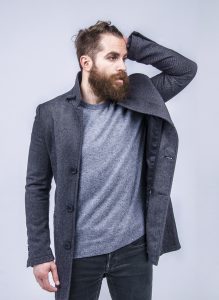 Coyu and his ‘restless kitties team’ have even presented a successful Ibiza Suara weekly residency at Booom (2014), Sankeys (2015) and Privilege (2017). In his hometown (Barcelona) he frequently held as well very successful label nights, both with Suara & Feline (his brand new and more underground techno label), currently at Razzmatazz and Apolo-Nitsa respectively.